Do you really want to go “Off the Grid”!

Grid-tied storage or off-grid – which is best for you? 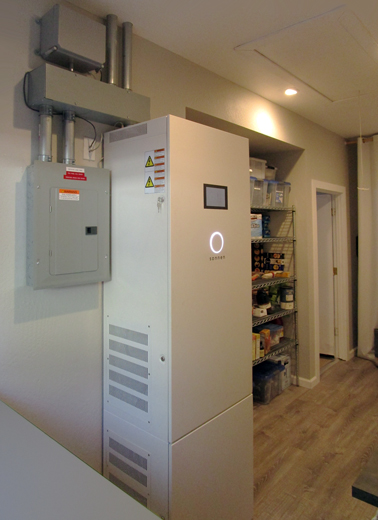 I often get calls from folks saying they are tired of their utility company and want to go off-grid, meaning they want to be completely self-sufficient and separate from the utility. Once we have a conversation regarding what this would actually mean, these folks usually change their mind. Off-grid does have a place. If you live in a remote location, often it is cost prohibitive to have the utility run electrical service to your home. First let’s look at an example of what a truly off-grid homes look like.

Almost a decade ago, Synergy did install off-grid systems. We have transitioned to only installing grid-tied solar and storage systems due to demand and focused expertise. Most of the off-grid systems we installed were located in the remote areas of Cazadero, Healdsburg and even a few in Sebastopol. These systems were installed because the cost to bring in power from the utility almost always exceeded $100,000, and because the projected power needs were limited. These homes did not have pools or hot tubs and often used propane to heat their homes, their food, their water and even had propane refrigerators.

Folks who choose the off-grid lifestyle do so due to the financial costs of running power to remote properties, knowing they will be giving up many modern conveniences and that they will need to pay close attention to how they use power.  While battery technology has improved, more homes are also moving towards all electric appliances and electric vehicles, making off grid still financially and functionally prohibitive.

Most of the time when folks tell me “I want to be off-grid,” the number one reason for their choice is that they are tired of paying high energy prices. (PG&E, which services most our county, has some of the highest costs in the country). In most of the solar and storage analysis proposals I do, utility costs are 20-40% lower with solar and storage. The added bonus of having power when the grid is down provides some independence. Solar and storage also often eliminates the financial need of adding a generator and fueling the generator. To be clear, these solar and storage customers are still connected to the grid, but their costs are much lower because they are exporting power when production exceeds consumption (for credit) and bring in power only when consumption exceeds production. In a properly designed system, when usage is monitored carefully, utility costs could be very low, but the utility would still be available for high energy usage times.

The second most common reason folks say they want to go off-grid is that they are angry with their utility or no longer trust the grid’s reliability. The anger here in Sonoma County is primarily because the fires that have ravaged our area are often caused by downed utility power lines. There is tremendous lack of trust created by the Public Safety Power Shut-offs (PSPS), designed to mitigate fires. PG&E has instigated PSPSs as many as six times in some areas and lasting up to six consecutive days in 2019. Usually, once these customers understand the amount of solar and storage that would be required to maintain their pools, ponds, hot tubs, electric cars, heat pumps, AC, and other high-usage electricity devices, they are unwilling to reduce their usage enough or change their life styles to make going off-grid realistic. Emotions run high here in Sonoma because there has been great loss. Sometimes the emotions interfere with our ability to recognize how much we rely on power provided by the utility. If you are thinking of going off-grid, start by taking into consideration what your usage requirements are to be comfortable. It’s bearable to reduce and monitor usage short term, but having it as a lifestyle is a very different thing. 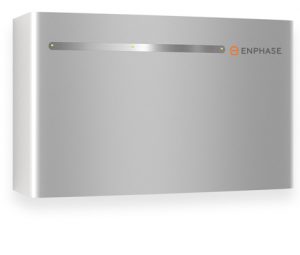 In a well-designed, grid-tied, solar plus storage system, we can fulfill most of a homeowner’s desire for energy independence. Solar power can generate most of the power a customer needs, and grid-tied storage systems allow us to store excess production for use later into the evening. Some homeowners use their storage batteries to self-consume their solar power, minimizing reliance on the grid to only those times they have high electricity demands. The bonus is when the grid is down for an outage or a PSPS, the homeowner with a storage system can continue to run their refrigerator, router, TV, garage door, or well pump. Adding storage to solar also helps future-proof solar systems because it minimizes the need to export solar power or import it from the utility, hence greater independence.

Another reason given for going off-grid is a customer’s desire to better the environment. For years, solar provided clean renewable energy to the grid when it was needed most (the middle of the afternoon). However, in the past few years, so much solar has been installed that the peak power draw from the grid is no longer in the middle of the afternoon but is now in the early evening when solar is not producing. To compensate, utilities fire up natural gas powered “peaker plants” to off-set this early evening demand. While solar still provides clean renewable energy during the day, the limitation on when it is produced causes issues on the grid. The answer is pairing solar with storage. Rather than exporting solar power to the grid mid-day when it is not needed, the solar power can be stored in your home’s battery to be used in the evening when it is needed. This off-sets a customer’s higher cost power and the need for “peaker plants”. Solar plus storage systems are designed to allow a homeowner to first use solar power, then charge the batteries, and finally to export the power to the grid. In the evenings, a homeowner will first use battery power and then utility power. This is an environmentally preferable scenario without having to go completely off-grid.

Grid-tied solar and storage systems are environmentally friendly compared to off-grid systems for several reasons. For off-grid systems on summer days, when the solar is producing a lot of power, once the 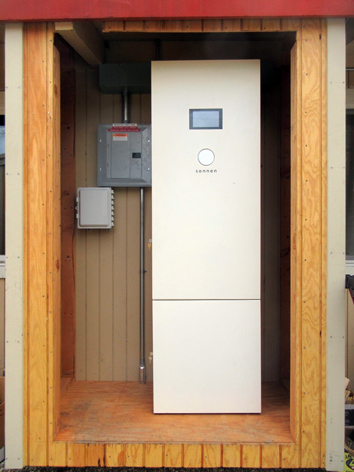 batteries are full, the solar power is curtailed or wasted since it has nowhere to go. Grid-tied systems will export power once the batteries are full so the solar power can be used by others. With off-grid systems, the system is sized for the worst solar day of the year, which often requires more resources and generators. Grid-tied systems use the grid to “balance” loads during these low solar production times, drawing from the grid when need is high, or during rainy weather when solar produces minimally. This minimizes the extra resources and generators that an off-grid system needs.

Another reason given for going off-grid is that homeowners want the latest technology. Solar and storage are no longer for the pioneer, but has become mainstream in most areas. Homeowners are setting the foundation for a distributed generating system, which will eventually replace the centralized utility model we have lived with for over a century. This type of change also happened in the early 80’s and 90’s as personal computers, tablets and cell phones replaced the central computer model. Local generation of solar and locally storing power with storage, allows homeowners to first use solar power, then charge their batteries and finally to export the power to the grid. As more solar and storage is installed, the current grid will no longer become our energy backbone, but instead will provide back-up power when needed and allow the flow of energy when and where it’s needed (Like the cloud for computers).

In summary, when I hear a customer say they want to be off-grid, my first question is “Are you currently connected to the grid?” In my experience if they are connected, they do not want to be off-grid, but they do want to lower/stabilize their costs, have back-up power when the grid is down, and/or to be more environmentally sustainable. I encourage all to see how they can be a part of this trend towards distributed generation and storage as it is not only financially advantageous, but often the right thing to do.