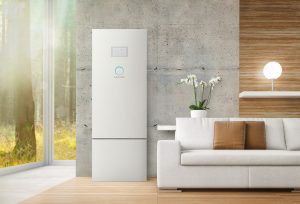 Pairing storage with solar can be daunting for many home owner’s.  I am writing the following three blogs to help demystify the process and lay out the steps needed to properly install storage.  I will warn my readers; energy sizing is complicated and even though this is a more basic overview, it is still technical in nature. When I design these systems, I usually start by looking at the loads of electrical devices needing to be backed up.  Second, I consider the physical electrical requirements necessary to connect all the pieces. And third, I consider what utility rates, policies, rebates, credits, financing and the programs available to help the transition to solar and storage. I will cover part one, system sizing of loads and discuss the other two in separate blogs. The primary system I will be describing is the Sonnen storage system in an AC coupled environment (Solar is entering the storage system as AC not DC).  AC coupled systems are easily added to existing solar systems or combined with new solar.

One area that may be confusing to readers is the difference between KW and KWH.  KW is a function of power – an 8 KW inverter, has available to it 8 kilo-watts of power.  KWH is a measure of usage – if I use a 100-watt light bulb for 12 hours, I will use 1200 watts or 1.2 Kilo-watt hours (kWh).

The Sonnen systems Synergy is configuring are the Eco 10 – Eco 20’s, which come with an 8 kW off-grid inverter and 10-20 kWh of battery storage. These systems also have an internal 200-amp transfer switch, generator control, storage management software and internet connectivity.

Configuring the loads needed to be backed up when the power is off: On average, most of our customers are backing up 8 loads or devices. The most common ones are:

Less common but gaining in popularity are:

Things that are usually not moved onto backup are 40-amp or greater loads like:

And this is where the balancing act begins – we are limited on three fronts. First, the total average run rate of all appliances cannot exceed the inverter capacity, except for short periods. Second, the surge wattage from the start-up of pumps, motors and refrigerators can not exceed the surge wattage of the inverter, and third the total storage (battery capacity) needs to be sized to last for the time frame desired in a power outage.

The total average run rate is the sum of the wattage of all the devices that are on at one time. So, with an 8,000-kW inverter, I could run three 2,500-watt pumps (7,500 watts) for an hour, but not four (10,000). A more realistic example comes from one of our customers.  When her power goes out and she takes a shower, the 1 HP well pump, the 1 HP booster pump, the water heater igniter, the bath room light and the ¾ HP septic pump could all turn on (5,000 watts), while other appliances like the refrigerator, lights and receptacle charging devices (2,200 watts) are also on. Since the total wattage being used (7,200 watts) is smaller than the Sonnen’s 8.000-kW inverter, there are no issues maintaining the power needed to run these devices. This would be a challenge for most other storage systems today since they have only a 5,000-watt inverter. 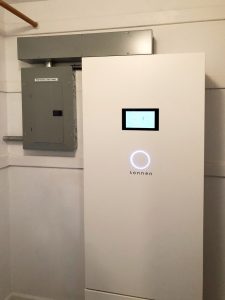 . In many of the other systems being sold, even a 10,000-watt surge would not be possible, and the systems could turn off.

Batteries can be sized for backup (when the power is off), self-consumption, (storing power during the day to be used in the evenings) and/or peak shaving (fill the batteries when utility costs are low and using them when cost are high). For purposes of this article, I will be focusing on sizing storage batteries for when the power is off.

When the power is off, the storage system disconnects from the utility and begins feeding power to the protected loads panel, the selected loads/appliance a customer wants power to when the grid is down.  In the example above, if our customer used water for 1 hours for a shower, washing clothes, and/or dishes, she would use 5 kWh (kilo Watt hour) of battery. If the refrigerator is on six hours a day and uses 700 kWh an hour, it would use 4.2 kWh (700 watts x 6 hours). Add to that the freezer in the garage using 500 watts for 6 hours or 3 kWh, and other loads like a router, charging phones and laptops, making coffee, cooking food and/or heating a room that take 3kWh.  The total power used would be:

There are a few other variables to consider.

When the sun is shining, and the grid/utility is down, we can store power from the sun to our battery system, thus recharging it each day. If you have a 5-kW solar system, on a bright sunny day during the winter solstice, you could recharge up to 10 kWh of batteries in a day. On the summer solstice, you could recharge up to 25 kWh, There’s just more sun. In Northern California, our typical unplanned outages are during the winter storms and because of the late fall utility shut downs for fire mitigation.  So, let’s use the example above and say we have a Sonnen Eco 17.5 with a 17.5 kWh storage battery. The power goes out due to a storm at 7 PM on Christmas Eve and the battery is full. During the evening and early morning, we use 8 kWh. The kids show up and it is still raining (minimum solar access). During the day food is cooked, toilets flushed, lights run, batteries charged – and since it is raining, minimum solar access. Our 5-kW system only produces 4 kWh (winter and cloudy) and during the day we use another 8 kWh.

So, going into the evening we will have 17.5 kWh minus evening usage of 8 kWh, minus day usage of 8 kWh, plus solar charging of 4 kWh which leaves 5.5 kWh left on our battery, not quite enough to make it through another evening unless we conserve.

The above is an extreme sizing issue, but also, not uncommon. To solve it we have a few options:

As you can tell from above, sizing storage can be a complex, multi-level analysis. Since these systems are designed to provide backup power and help justify your renewable energy system, it is important to understand the value of a system like Sonnen over the less expensive and less functional systems being sold. Very similar to buying a car, most of us do not choose the cheapest cars but look to safety, fuel efficiency, comfort, functionality and resale value. Storage systems work the same way, they are a system we depend on when other systems around us are not working. 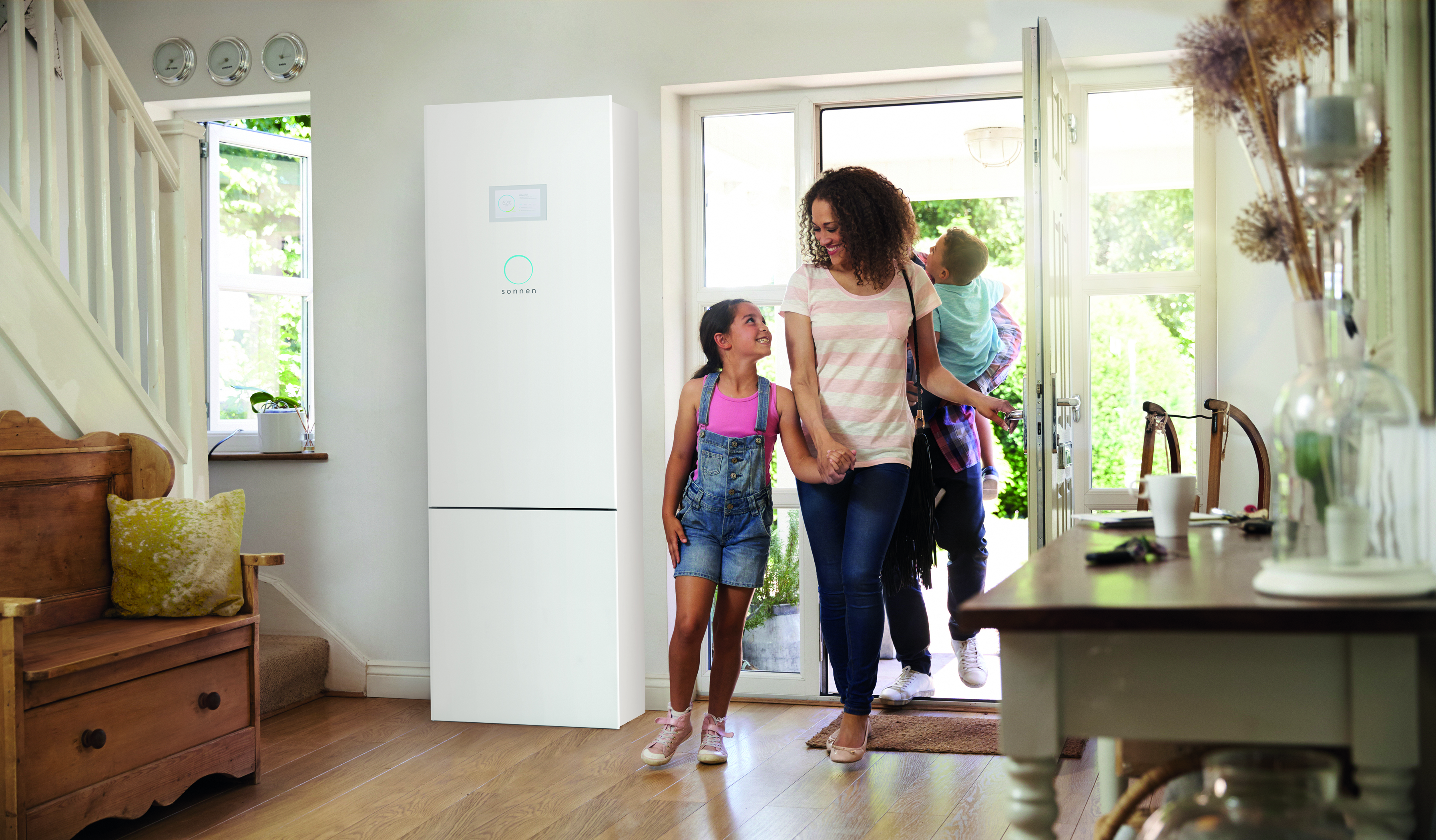